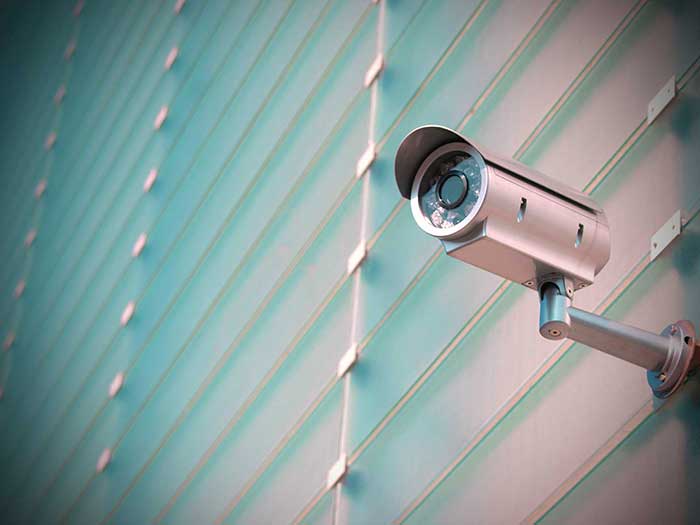 You’re a hard worker. Your blood, sweat, and tears have been poured into scraping up enough money to invest in yourself, and open up your own business. Naturally, you’ll want to make sure your new establishment is well-protected and equipped to ward off potential thieves and vandals. While all this seems quite common-sense, there are a surprising number of Vancouver business owners who still question the necessity of arming their businesses with proper anti-theft and alarm systems. Why? The answer is alarmingly simple: They subscribe to the belief in some dangerously inaccurate and unfounded business security myths.

Let’s take a look at a few of these:

1. My Business Isn’t at Risk for Theft

Fortunately, non-violent crime has declined in Canada in recent years. In fact, robbery decreased by 17% in 2013. Seems encouraging enough, right? Sure…until you realize that, while robbery has declined, it hasn’t disappeared completely! In reality, theft isn’t all that rare: Police still recorded more than 23,200 robberies in 2013.

Why put yourself, or your employees, at risk of becoming one of these statistics? Just arm your business with the proper security system, and significantly reduce the risk.

So you make sure to keep your business locked up at night, but don’t see the need for security during the day. What logic could possibly lead to making this decision?

It is no secret that thieves, namely shoplifters, strike during the day. Retail businesses see a huge amount of traffic enter and exit their establishments while the sun is still out. The possibility of thieves entering your store, stuffing their pockets, and slipping out unnoticed, is very real. As a matter of fact, many shoplifters will stake out your shop before deciding to commit their crime. If they know there is no security system, they won’t even think twice about ripping you off. Sometimes, the mere fear that they may be caught on camera is enough to keep them at bay.

Unfortunately, this also applies to your very own employees. As much as you want to have faith in the people you’ve hired, there is always a threat that they will make the wrong decision…especially since they know for sure they are not being monitored. Security cameras record the actions of thieves so they can be caught after the fact; however, their most important effect is, quite possibly, their ability to deter theft before it even takes place.

3. Insurance Will Make Up All My Losses

Your business’s insurance plan will make up for lost or stolen physical property. Yes, this part is true. What it can’t make up for is lost work time and the stress of dealing with the aftermath of a robbery. The theft of business assets, or damage to your property, will take valuable time away from the everyday running of your business, and require you to invest it, instead, in working with police, as well as negotiating with insurance companies. The less time you spend managing your actual business, the less profitable you are during that time.

What if the thieves made away with sensitive information? This type of loss simply can’t be made right by an insurance company…no matter how extensive your coverage may be.

Save yourself the headache and just keep them away, in the first place, with a solid security system.

4. I Can Easily Spot Retail Thieves

Having a business filled with loyal employees certainly makes you feel like you’ve covered all your security bases. However, the majority of store owners don’t realize exactly how slimy and devious thieves can actually be. These people have likely been doing this for much longer than you’ve been in operation, and they know exactly how and when to grab small, unnoticeable items. Small losses add up and eventually translate into a huge sum of lost money for your business. If you think the disappearance of small items is bad enough, wait until you see the havoc they wreak once they figure out you have no security system in place…the sky is the limit.

Additionally, your reliance on stereotypes, probably instilled in you by one too many episodes of “Cops”, aren’t helping you in spotting potential criminals. Targeting specific people based on their race, gender, age, or clothing style is simply ineffective and, quite frankly, discriminatory to the many innocent shoppers you likely have in your crosshairs. Most thieves know the stereotype you’re keeping an eye on, and will make sure they don’t fall within it while in your store.

While you’re eyeballing the guy in the baggy pants and hoodie, the guy in the shirt and tie just made off with 3 packs of gum and some beef jerky. Don’t be caught off-guard; install cameras and advertise your security system throughout your establishment.

While quality security systems don’t come cheap, the advanced technology they offer justifies the cost – and you can often find security solutions for less than you think. An experienced security consultant can help you choose the right options for your business.

6. Security Systems Are Hard to Use

Today’s enhanced technology makes security options simpler and more user-friendly than they were in the recent past. A technician can easily train you on your chosen security system. Typically, all you’ll need to know is the access code.

Some believe that security systems aren’t worth it because they constantly go off accidentally. They see this as a potential waste of police officers’, and employees’, time.

While this was true in the past, for older security systems, present reality shows us that today’s security systems are much more advanced to prevent accidental alerts. Also, they allow you to use employee disarmament before alerting police.

Some believe that security systems just give thieves an extra “challenge,” and that some thieves can disarm particular security systems. In reality, thieves just look for an easy opportunity. An open door, an unlocked gate, an overgrown bush – all of these things welcome thieves to your property. If you add something to make thieves jobs more difficult, they’ll find somewhere else to go.

According to studies, the majority of burglars and shoplifters will avoid homes and businesses with security systems. If a culprit notices a security system at your business, they’ll likely turn away to find an easier target. Predators will always attack the weakest of the bunch…make sure it isn’t you.

Have any of these myths influenced your business’s decisions about security? If so, it’s probably time to rethink your security strategy. The best part about business security is that you can customize it depending on your wants and needs. Call Arpel Security to discuss your options and start protecting your business.

If you have a new infant or several growing children in your family, it’s perfectly normal to worry about their safety and security. Although…

When you install a home security system, you want to be able to trust the new system, knowing that you’ve included the best and most reliable…

Read More
Recent Posts
Back to the top